Kawasaki Motors Philippines Inc. revealed the ten lucky riders who will be contending in the first motorcycle-centered digital reality show in the country, the Rouser Dare Venture.

The Rouser Dare venture is an online reality show aiming to showcase rider’s skills through participating in several adventurous tasks using the Rouser NS160. Ten selected riders will battle it out in a series of demanding dares that will challenge them both physically and mentally.

According to KMPC brand manager Dan Reynald Darang, the Philippine version of the Rouser Dare Venture aims to deliver a whole new dare venture experience that focuses on the fun, challenging, and intriguing day-to-day life of the Rouser riders, mixed with elements of humor, drama, action and suspense.

It will be officially air on the Rouser Philippines Youtube and Facebook Pages on summer of 2019. At the end of every webisode, one to two contestants will be eliminated. The last rider standing will win the grand prize of P100,000, a brand new Rouser NS 160, and have the honor to be declared the Grand Dare Venture Winner.

Meanwhile, the targeted locations for the said venture series are in Pampanga, particularly Sapang Bato and Haduan Falls in Mabalacat, and the lahar areas around Mt. Pinatubo in Butolan.

KMPC President and Chairman of the Board, Mr. Hisashi Nishizawa together with Bajaj Auto Limited’s Country Manager for the Philippines Mr. Krishanu Sarkar headed the official reveal of the Top 10 contenders. 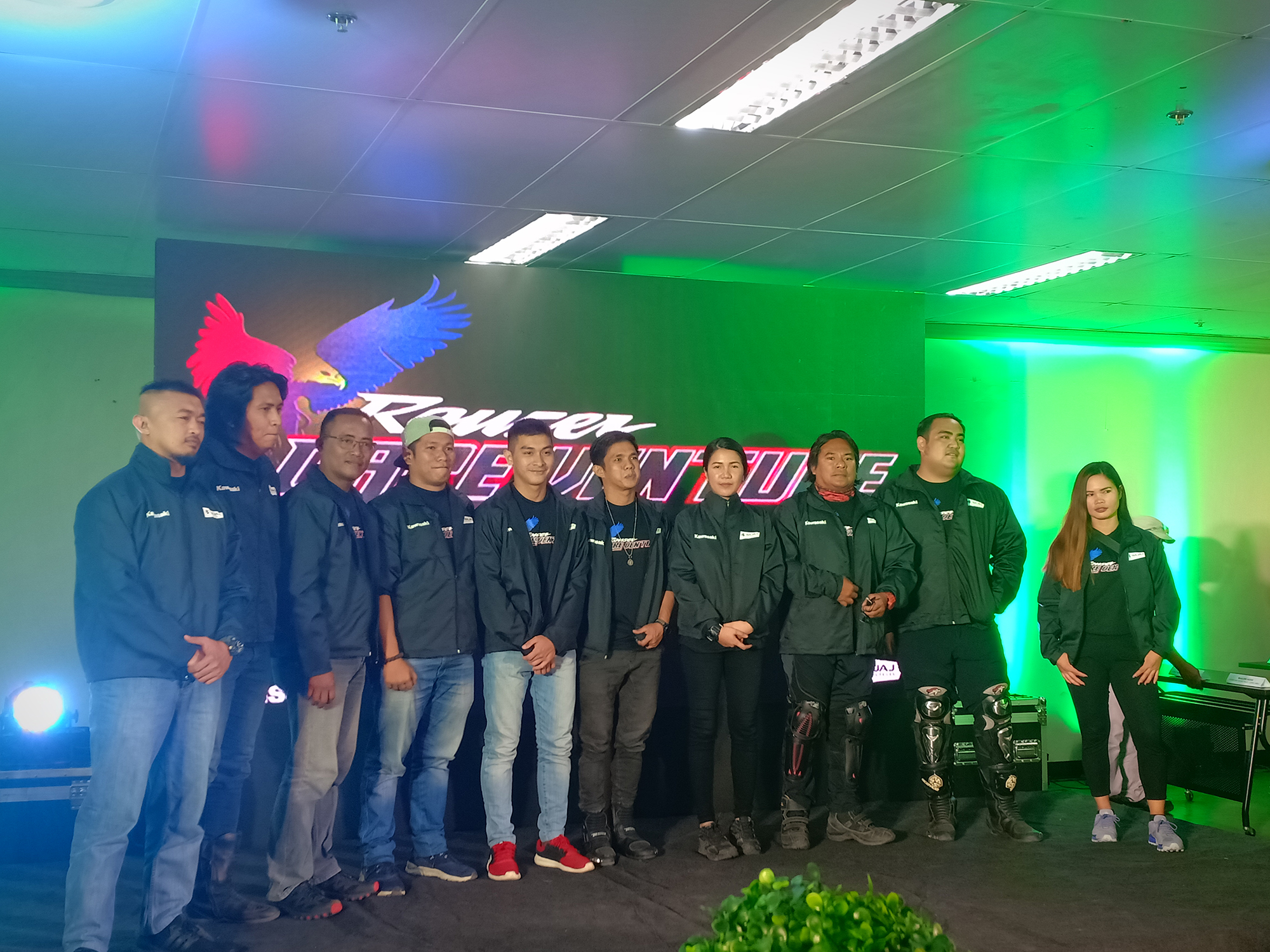 KYMCO unveils MANY EV and XCITING S 400i

Suzuki PH gives a sneak peek of the new KATANA

The All-New PCX160 has Finally Arrived!

FEATURE | Yamaha Mio: Own the Culture

YAMAHA CLUB: RIDING THE CHANGES BEYOND ALL LIMITS

Husqvarna Motorcycles Now in the Philippines