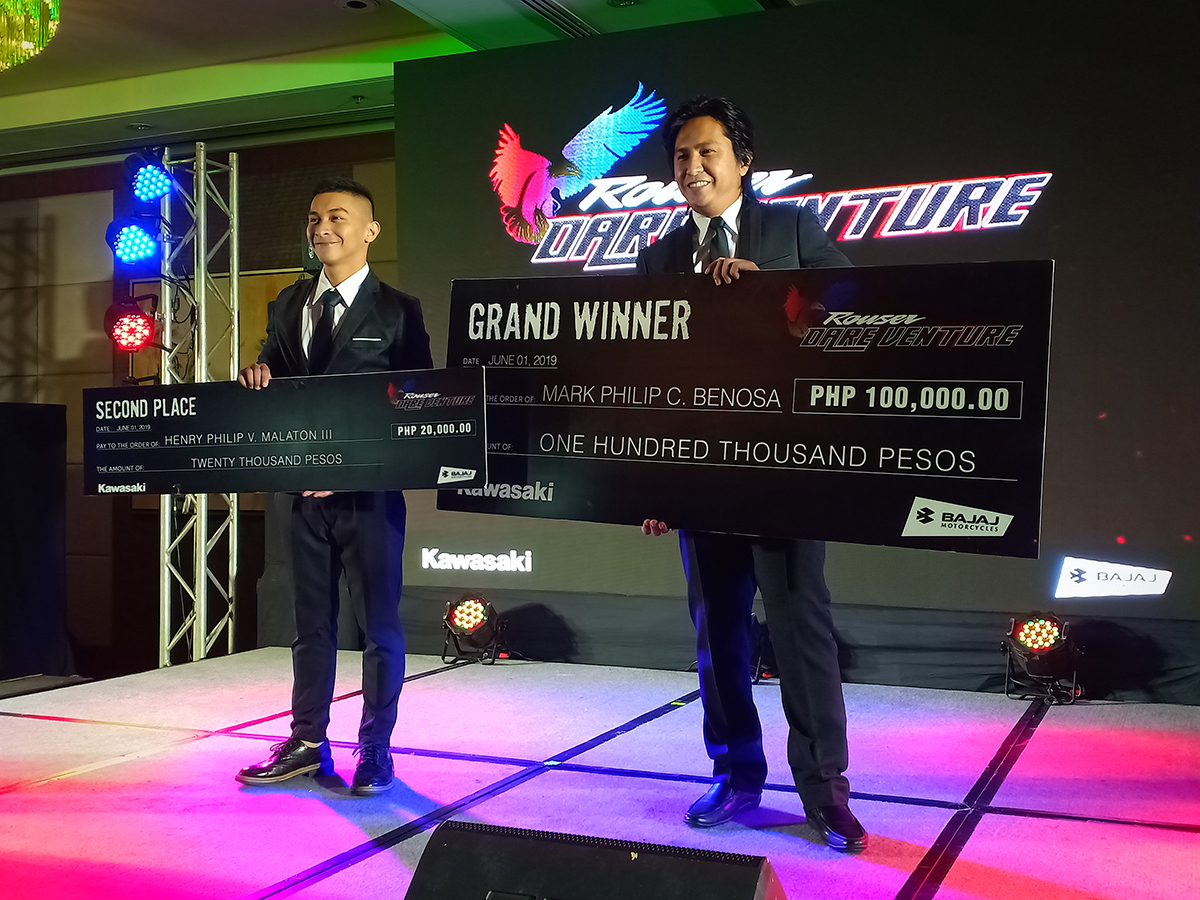 Winners of the Rouser Dare Venture 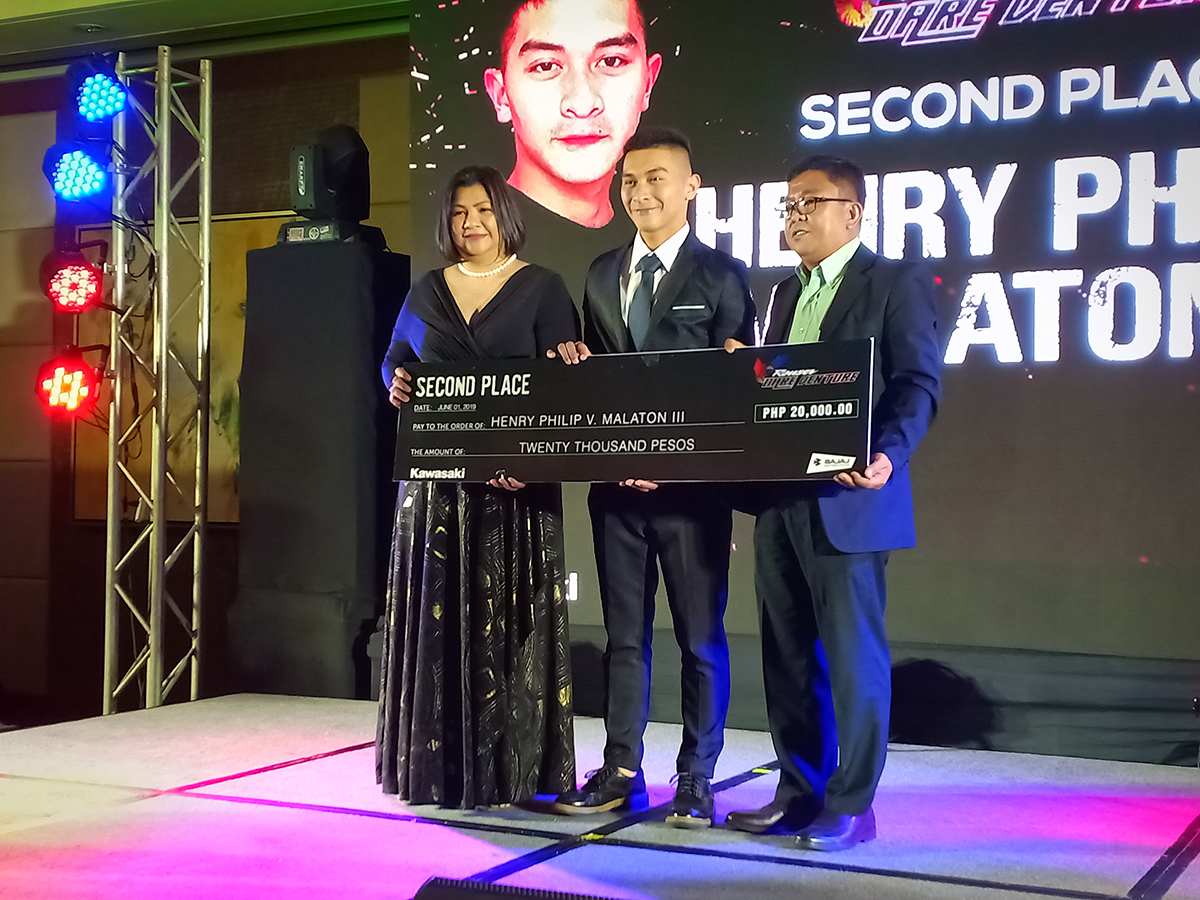 Ten contenders participated in the said reality show, wherein they had showcased their skills in a series of adventurous tasks and tough challenges. The quest took place in several locations in Pampanga including the lahar areas around Mt. Pinatubo.

Along with them for the ride was the Rouser NS160, which was the same unit used by each of the participants since the first day of challenges. The Rouser NS160 units in question were kept in their stock condition, and no parts or modifications were changed or done along the way. 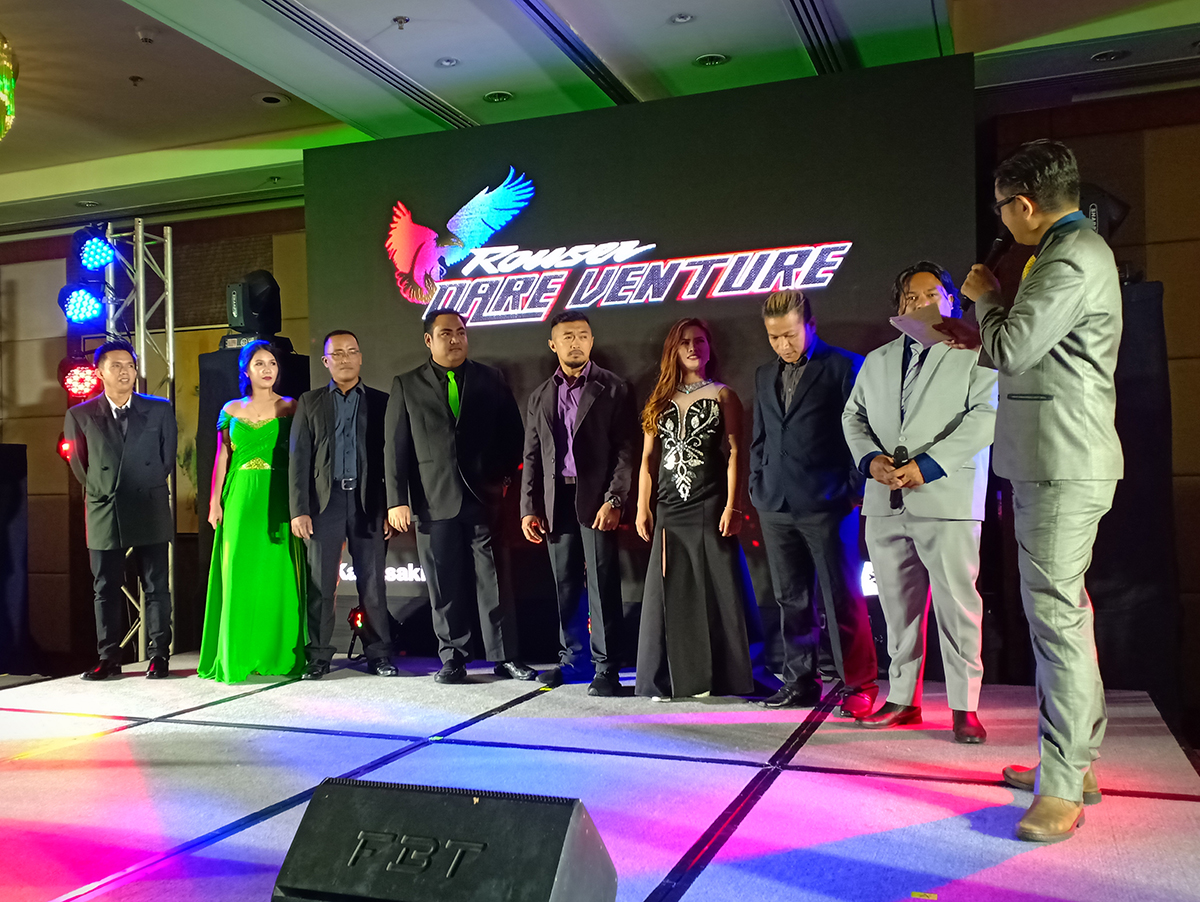 The grand awarding ceremony was held at the Makati Shangri-La Hotel and attended by representatives from the Rouser clubs, motorcycle dealers, members of the motorcycle media, and executives from Kawasaki Motors Philippines Corp., headed by its Vice President for Finance, Mr. Yasuhiro Yamada. On the other hand, also present during the program were the 8 other finalists who were eliminated over the course of the 9-episode journey.

All 10 episodes of the Rouser Dare Venture Philippines are available for viewing on the Rouser Philippines’ official Facebook page, and official Youtube Channel.