Team Suzuki secured a dominant win at the midway round of the Super Series Nationwide Championship by bringing home six trophies and five championship titles at Davao GP coupled with an outstanding turnout of its one make races – the Skydrive Sport Cup and Raider Breed Wars.

After his failed attempt in sealing a podium win last year on his home ground, Team Suzuki-VMan Racing April King Mascardo gave a remarkable performance this time at the Davao GP. Mascardo ensured that his comeback would be big by taking not just one but three championship titles.  The Davaoeño rider’s confidence in the practice and qualifying session was so evident that he was able to secure all of the pole positions in the races he championed in – the Super Underbone Sealed Engine, the Super Underbone Open and the Super Scooter Sealed Engine categories. 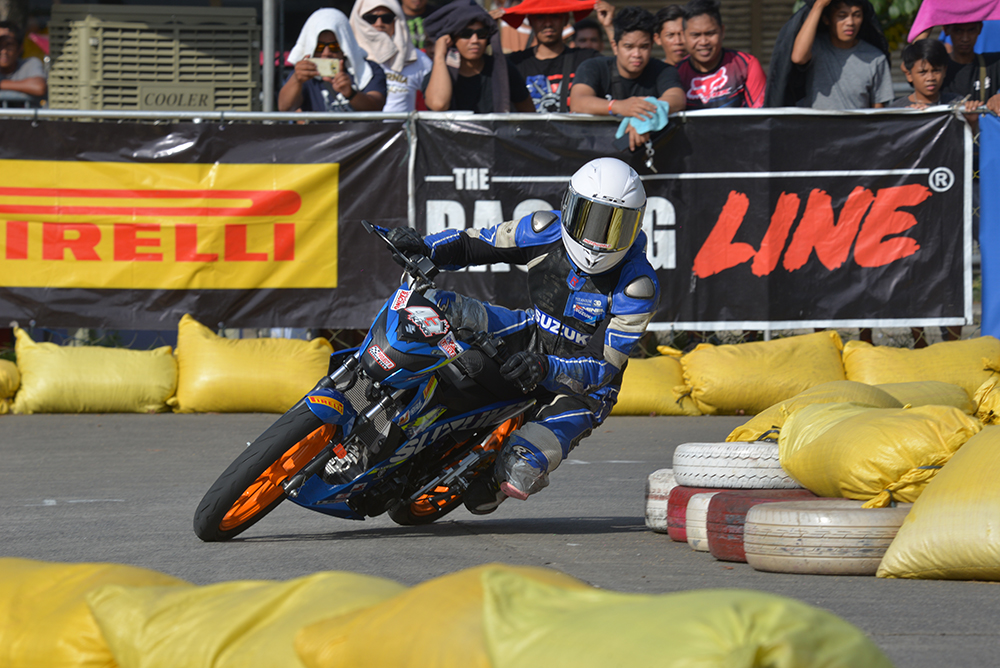 Furthermore, he even improved his best lap time at 24.489 from the qualifying session to 24.402 at the final race of the Super Underbone Sealed Engine category using the powerful Raider R150 Fi. Mascardo led by getting a holeshot, breaking away from the pack and then maintaining his race pace until the last lap. His succeeding races seemed like a replay of his first race performance bringing the crowd to their feet every time he crossed the finish line.

Similarly, the same scenario went with Rmand Salandanan who was also a consistent topper at the Skydrive Sport Cup securing the Pole Position and championship title in the category at Davao GP.

Meanwhile, the Regional Underbone Grand Prix (RUGP) running exclusively in Visayas and Mindanao in the Novice/Intermediate category was also claimed by Roel Rubin and Djereck Ondillo with their Raider R150 Fis who finished at the 1st and 2nd Runner Up, respectively. Nikko Nambatac on the other hand, took home the 3rd spot at the Raider Breed Wars – Raider R150 FI while the rest of the team showed an overall good performance with their respective bikes. 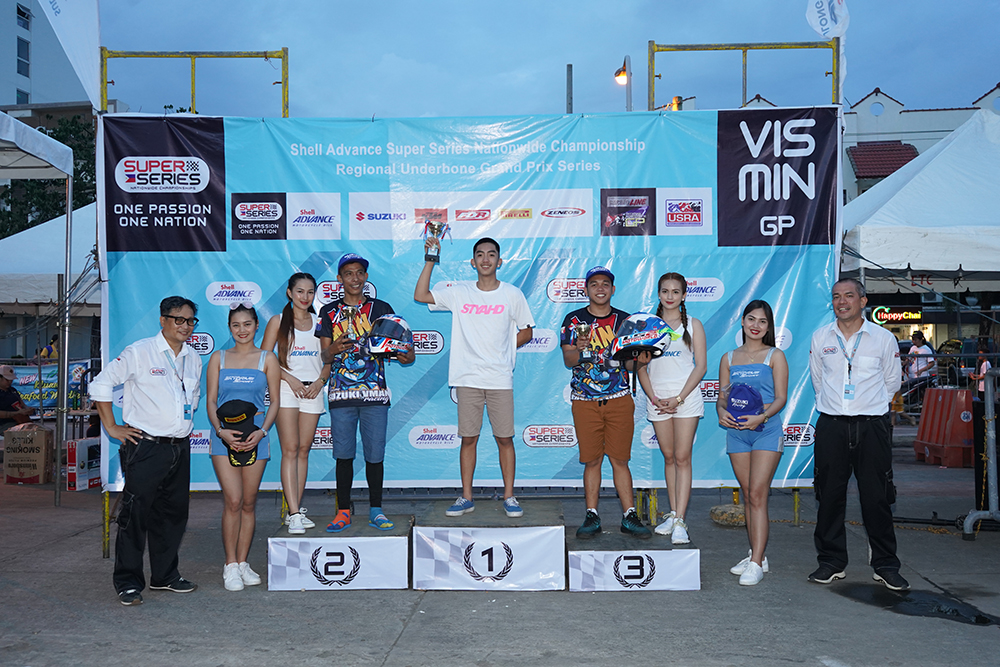 The enthusiastic crowd of Davao was as equally intense as the rich pool of riders who participated at the Skydrive Sport Cup and Raider Breed Wars. Registrants of the Suzuki Skydrive Sport Cup easily got a good grip of the beginner’s bike making it a perfect companion for rookie and novice riders. It was the top rankers Rmand Salandan (Champion), Polo Arellano (1st Runner Up) and Deo Pondoc (3rd Runner Up) again who emerged victorious during the race. An all ladies category for the Suzuki Skydrive Sport Cup also ran for the first time to give way for young female riders who wanted to experience the new fashion scooter on the racetrack. Grabbing the podium for this were Yna Marie Enriquez (Champion), Angelie Sala (1st Runner Up), and Richelle Del Rosario (2nd Runner Up). Meanwhile, the power and performance of the Raider R150 Fi was showcased once again in Mindanao with the following winners: Polo Arellano (Champion), Deo Pondoc (1st Runner Up), and Nikko Nambatac (2nd Runner Up). 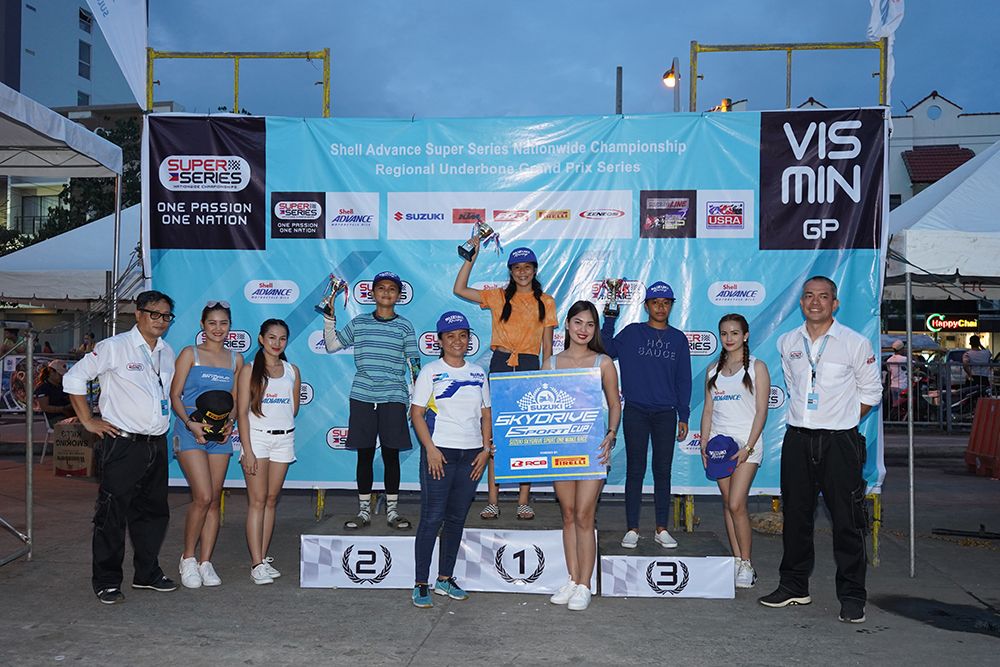 Team Suzuki will head back to the racing arena at Bacolod GP on the 4th Round of Super Series Nationwide Championship on July 14.