Hardcore Brothers Custom Motorcycles, Inc., exclusive distributor of Royal Enfield motorcycles in the country recently unveiled the ‘New Royal Enfield Himalayan’ which is now Euro IV compliant. The new Himalayan is designated to change the standards of refinement, safety, and capability in the Philippines’ two-wheeler market.

Best designed for adventure and touring, the new version was built with extra protection in wet, slippery conditions, as well as road filled with dust and gravel, providing more stability and safety with the dual-channel Anti-lock Braking System (ABS).

In addition, the new Himalayan is equipped with Automatic Headlamp On (AHO) lighting system which makes the headlamps turn on automatically, improving the rider’s visibility for added safety feature.

With its nimble and agile character, the new model instills confidence in a rider to go on and off the road with equal comfort for their day-to-day commuting needs. 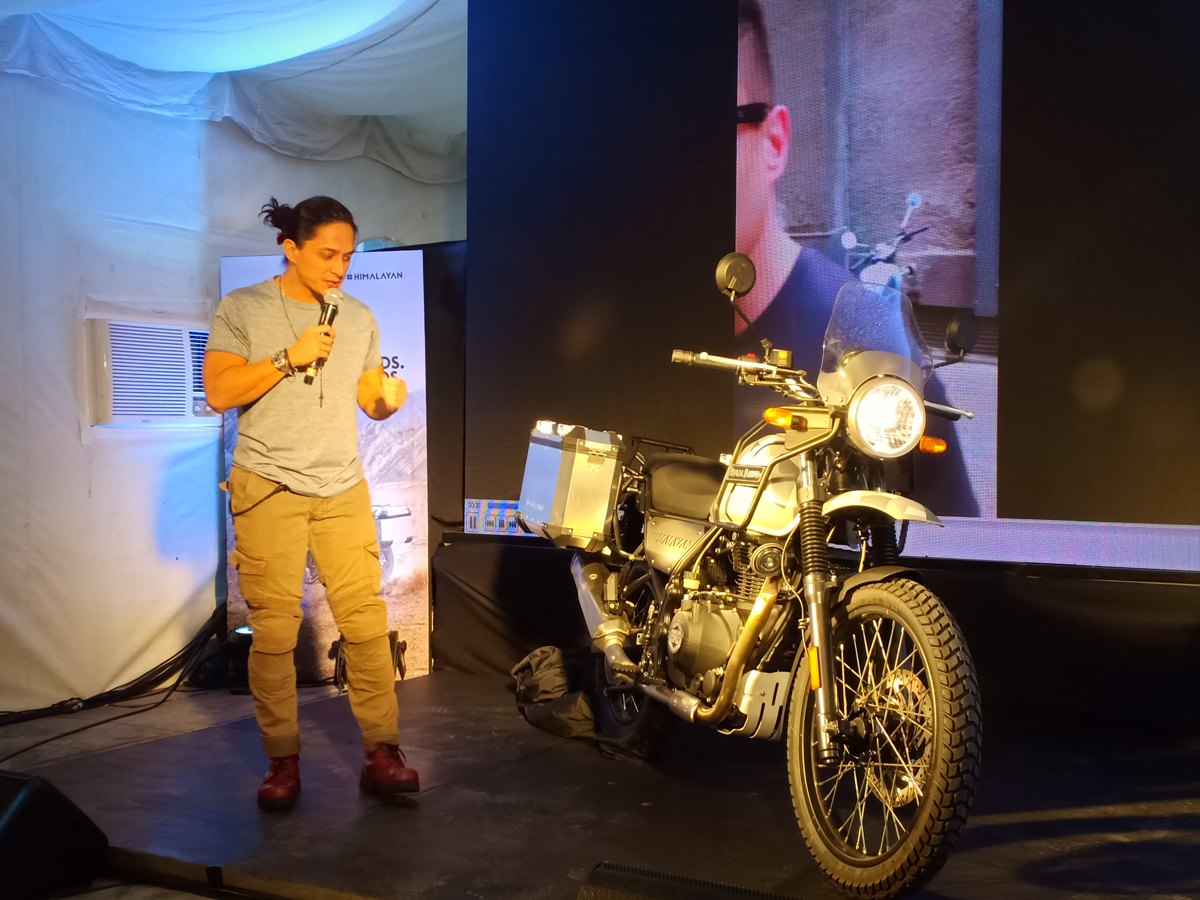 Actor, Host and Motorcycle rider Ryan Agoncillo shares his experience on driving the RE Himalayan

Moreover, this redefined model possesses a unique and distinctive style. The Himalayan’s non-intimidating Spartan design, a flat torque curve and accessible seat height, made it suited for long rides. Powered by long stroke 410 engine, the new vehicle also paves the way for a purer, non-extreme and more accessible form of adventure touring with its capable off-road capabilities make it adept for riding through urban jungles and mountain trails.

Vimal Sumbly, Royal Enfield Asia Pacific Region’s Business Head shares, “Himalayan has allowed us redefine the adventure touring space in the Philippines in many ways, which was earlier largely dominated by very heavy, extremely complicated, intimidating and inaccessible motorcycles. Since its arrival in 2017, the Himalayan has opened the adventure touring space for novices, who aspired but never had a purpose built product, at an accessible price point, available in the market.”