Motorcycle taxi riders have gotten a new reprieve as a QC Regional Trial Court granted a 20-day temporary restraining order against the riders cap imposed by the Land Transportation Franchising and Regulatory Board (LTFRB) which limits the number of Angkas bikers to 10,000 in Metro Manila.

The QC RTC Branch 223 issued the TRO ordering the LTFRB from implementing the new policy for a period of 20 days.

The QC TRO affirms the stand that several congressmen as well as the Philippine Competition Committee (PCC) took in previous weeks. 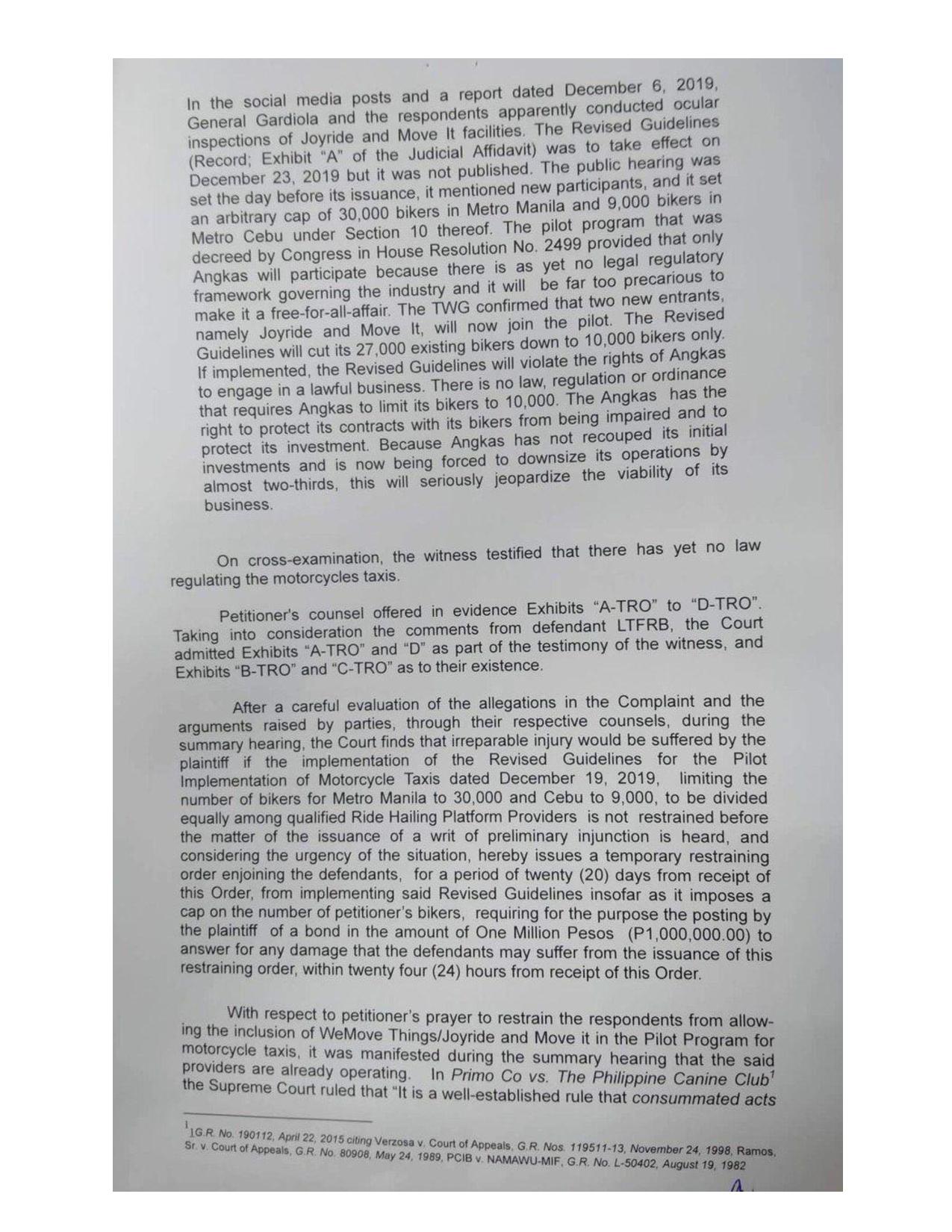 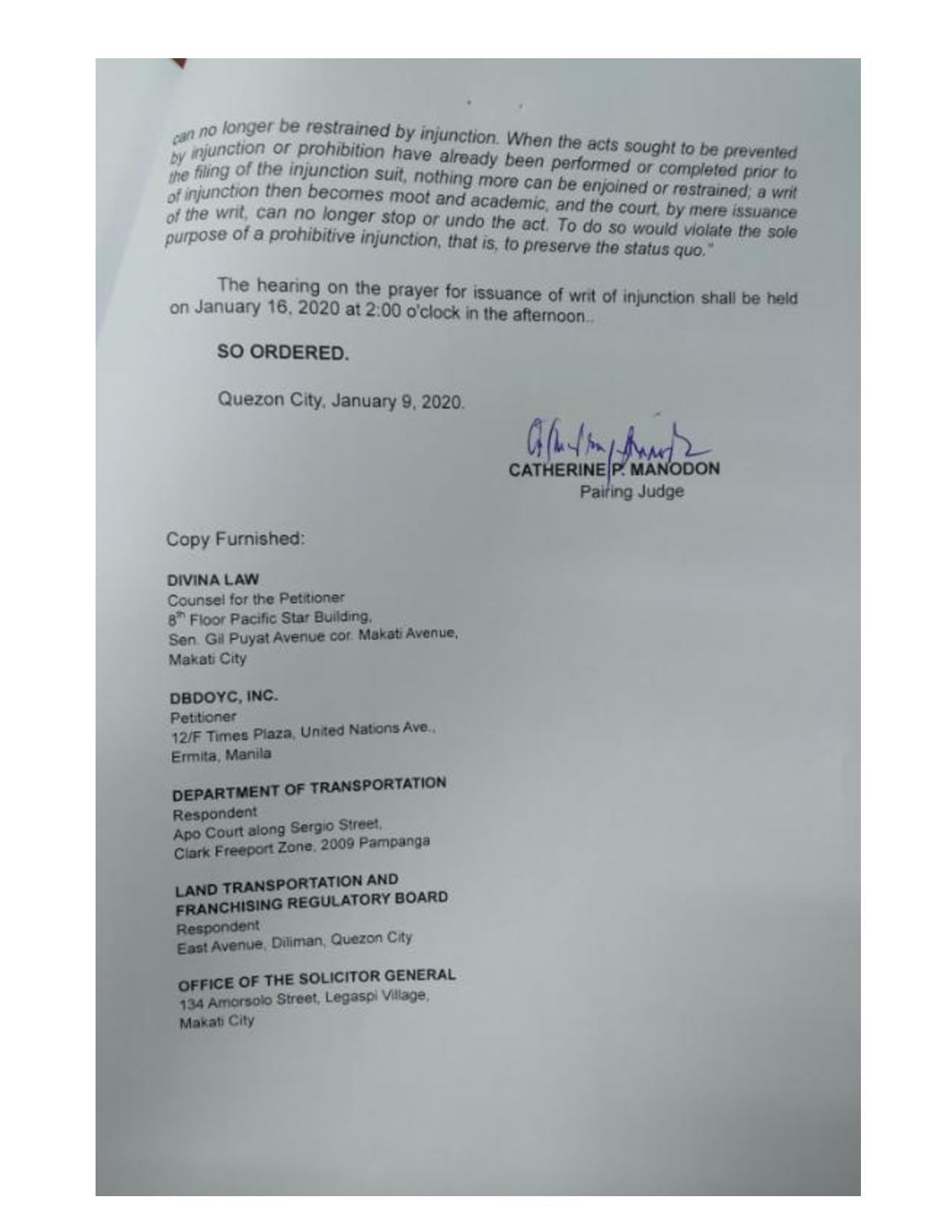 For his part, Albay Rep. Joey Sarte Salceda, chair of the House Ways and Means Committee, previously slammed the LTFRB for its arbitrary decision to drastically reduce the number of bikers of the ride-hailing firm Angkas, calling it an anti-consumer and anti-competitive behavior.

Meanwhile, in an interview, PCC Commissioner Johannes Bernabe said that forcing Angkas to displace 17,000 riders will take away what was rightfully obtained by the company.

“Being big per se is not necessarily bad. It’s the abuse of that dominant position [that’s bad].  Angkas grew out of its own efforts.  In a sense, you are taking away what Angkas has worked hard on obtaining, which is a driver base,” Bernabe added.