Several senators on Monday expressed dismay over the recommendation of the technical working group (TWG) under the Department of Transportation (DOTr) to prematurely end the pilot program for motorcycle taxis saying the move is arbitrary, unjust, and without basis.

In an interview, Senator Grace Poe, chair of the Senate Committee on Public Services said the decision of the Inter-Agency TWG on Motorcycle Taxis is wrong because of the “lack of proper consultation.”

According to Sen. Poe, the decision appears to be aimed at getting back at some motorcycle ride-hailing firms who are continuously questioning and challenging the TWG. 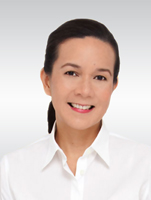 LTFRB board member Antonio Gardiola Jr. earlier announced that the TWG is recommending the termination of the pilot run on motorcycle taxis due to legal actions taken by one of the motorcycle-hailing firms involved in the study.

Poe said her panel would not stop on asking members of the TWG to attend the Senate hearings on the legalization of motorcycle taxis until they reconsider their position and continue the pilot program until its intended deadline on March 23.

She added that the law that the Senate intends to pass on motorcycle taxis should be based on the result of careful studies, which the TWG is supposed to conduct.

Meanwhile, Sen. Ralph Recto, who also has a motorcycle taxi bill pending in the senate, also called out Gardiola for the summary changing of the TWG’s composition. “I want an explanation from Secretary Tugade bakit binago ang TWG,” he demanded. “At bakit maraming natanggal sa TWG at ni walang representasyon ang Senado?”

Furthermore, he also observed that the TWG recommendation to suddenly end the pilot testing seemed “filled with anger.” During the Senate hearing, Recto stressed that imposing a 10,000 bikers limit for each motorcycle-hailing firm participating in the pilot study has no enough public consultation, as proven by the temporary restraining order (TRO) granted by the courts halting its implementation.

DOTr-TWG raises the rider cap to 63K; includes CDO in the pilot run’s area of coverage