Motorcycles are one of the cheapest forms of personal mobility in these CoViD-19 times. The Interagency Task Force on Emerging Infectious Diseases (IATF-EID) has finally relented and allowed backriders but imposed the condition that some form of approved barrier must be used between rider and pillion passenger.  But is the barrier safe or even necessary?

When Department of Interior and Local Government (DILG) Secretary Eduardo Año announced that starting July 10, 2020, married couples and live-in partners can now ride together on motorcycles, he also said the motorcycles must have protective shields between riders.

This is aside from the mandatory wearing of masks when leaving the relative safety of homes and, of course, the use of helmets.

He said the National Task Force (NTF) for CoViD-19 has already approved one prototype design for a protective barrier earlier submitted by Bohol Governor Arthur Yap to allow riding-in-tandem without compromising health protocols to prevent the spread of CoViD-19.

Even before Año announced that Yap’s prototype got the NTF seal of approval, concerns were raised by many experienced riders about the dangers of using metal tubes and hard clear plastic as protective barrier.

Concerns were also raised—in media interviews and posts on social media — that the Yap prototype design will dangerously affect the motorcycle’s stability in windy conditions or even when caught in the wake of speeding buses.

Social media was awash with memes deriding the use of protective barriers. There were also well-meaning illustrations of how the NTF-approved design would not be compatible with many motorcycles of various chassis and suspension architecture. 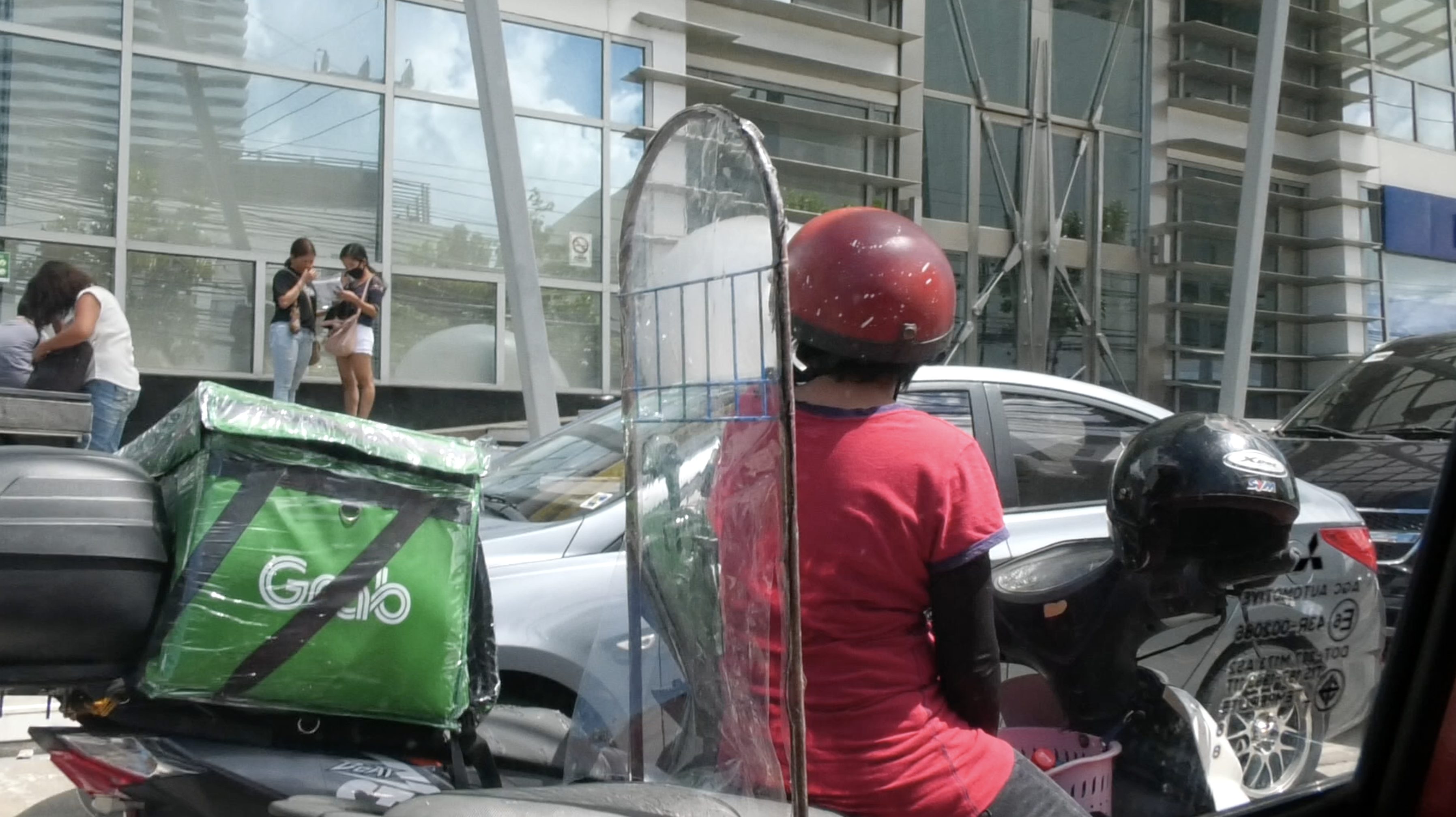 There were also questions on whether manufacturers warranties would be voided by protective barriers bolted or welded onto motorcycles.

Responding to such concerns, Governor Yap was reportedly heard in radio-TV defending the use of protective barriers made riders go slower and safer on the road.

Año also cautioned couples riding-in-tandem to be more careful on the streets on motorcycles with protective barriers.

Even as concerns over the safety of the Yap prototype went viral, the IATF and the NTF has approved another protective barrier design.

Proposed by Angkas, the ride-hailing app provider, the protective barrier is not bolted onto the motorcycle but is worn like a backpack by the rider.

Angkas said its proposed motorcycle barrier minimizes likelihood of transmission of virus between pillion passenger and rider. The plastic material used is both rigid and flexible. Rigid enough to present a barrier to viruses but flexible enough to prevent shattering or sharding in accidents.

It added that its protective shield is designed to be aerodynamic to minimize drag and deformation at high speed. It also has passenger grips low to the side which pillion rider can hold on safely without tiring easily.

Many riders say the Angkas design answers many of the concerns raised against the Yap prototype. No bolt-ons or weldings needed.

Worn like a backpack by the rider, the Angkas protective barrier can be used across all motorcycle types.

Angkas added that the design and the materials used make it easy to be produced at low cost to make it accessible to most Filipino riders. 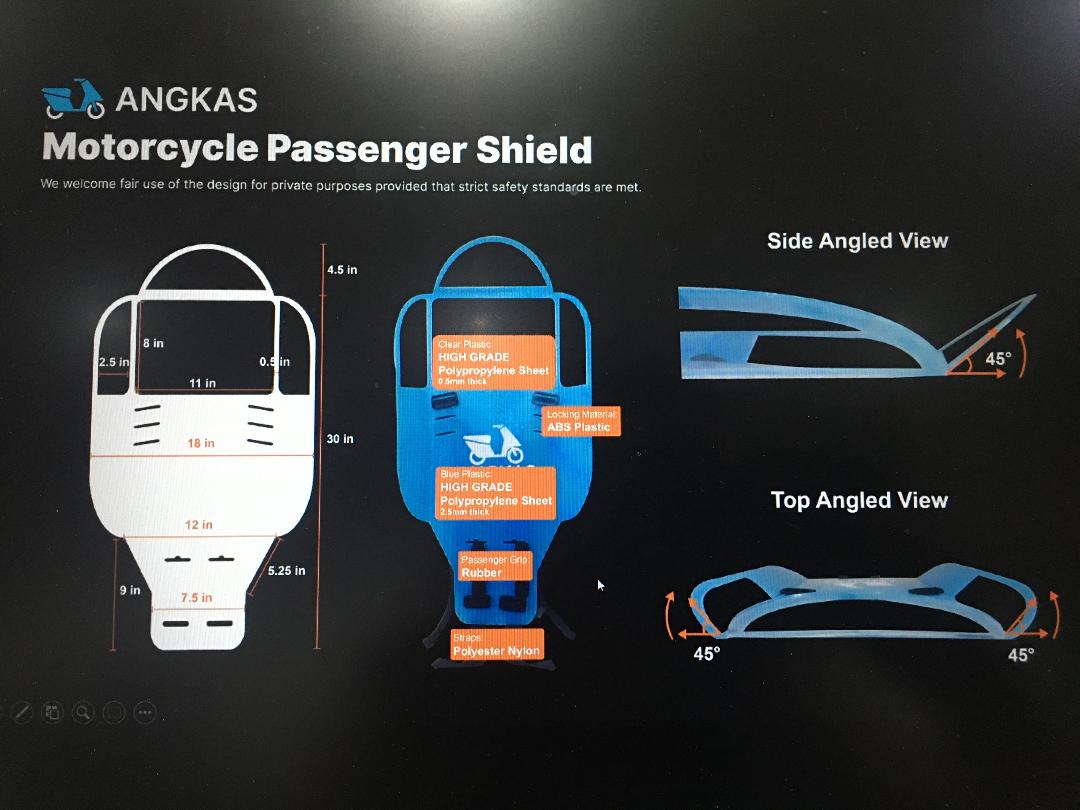 During the first day of being allowed to ride in tandem, many couples rode out on roads with ingenious and imaginative protective barriers using the oddest of materials.

It may seem funny to many, but to many couples—married or live-in partners—being able to ride together on a single motorcycle is a big and serious deal.

Government and the IATF have shown that they listen to public opinion and is even amenable to revise or tweak policies and regulation in response to reasonable and constructive suggestions and criticisms.  Here’s hoping that logic and reason prevail on who can be pillion riders. After all there is a lack of available mass transport which is more prone to spreading the contagion.

How Motorcycle Taxis Can Be CoViD-Safe

The Return of Motorcycle Taxis