written by MotoMag Philippines May 1, 2019

Yamaha Motor Philippines, through Yamaha Club continues to give an exceptional riding experience to its customers as they hold the ‘Yamaha Club National Conference’ last April 25 which was attended by its members nationwide.

Over a hundred participants from Luzon, Visayas and Mindanao joined on this year’s Yamaha Club National Conference with a theme dubbed “Together We Ride.”

The club that shares the same interest just got bigger as the night started by welcoming the recently added Yamaha Club accredited groups across the country. According to the group, while their number continuously increasing each year, their passion didn’t change reflecting the event’s theme, “Together We Ride”. 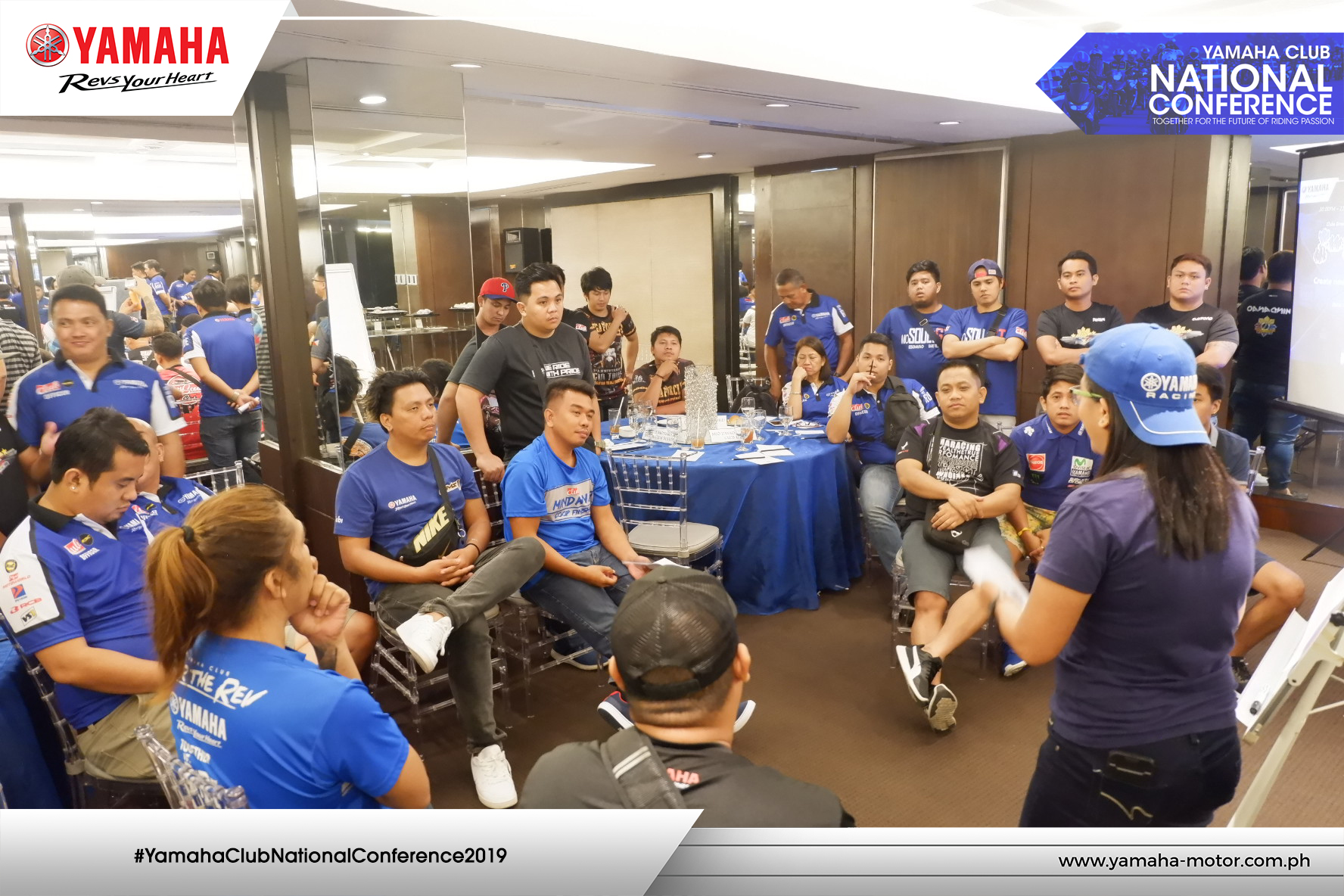 Yamaha Club discussing their future plans for the year

Furthermore, by dividing the riders according to their islands, the YClub discussed about their organization’s future plans for this year which resulted in competitive and compelling ideas. Hence, the three groups, Luzon, Visayas, and Mindanao came up with such creative and fun way to spend their 2019 with Yamaha. 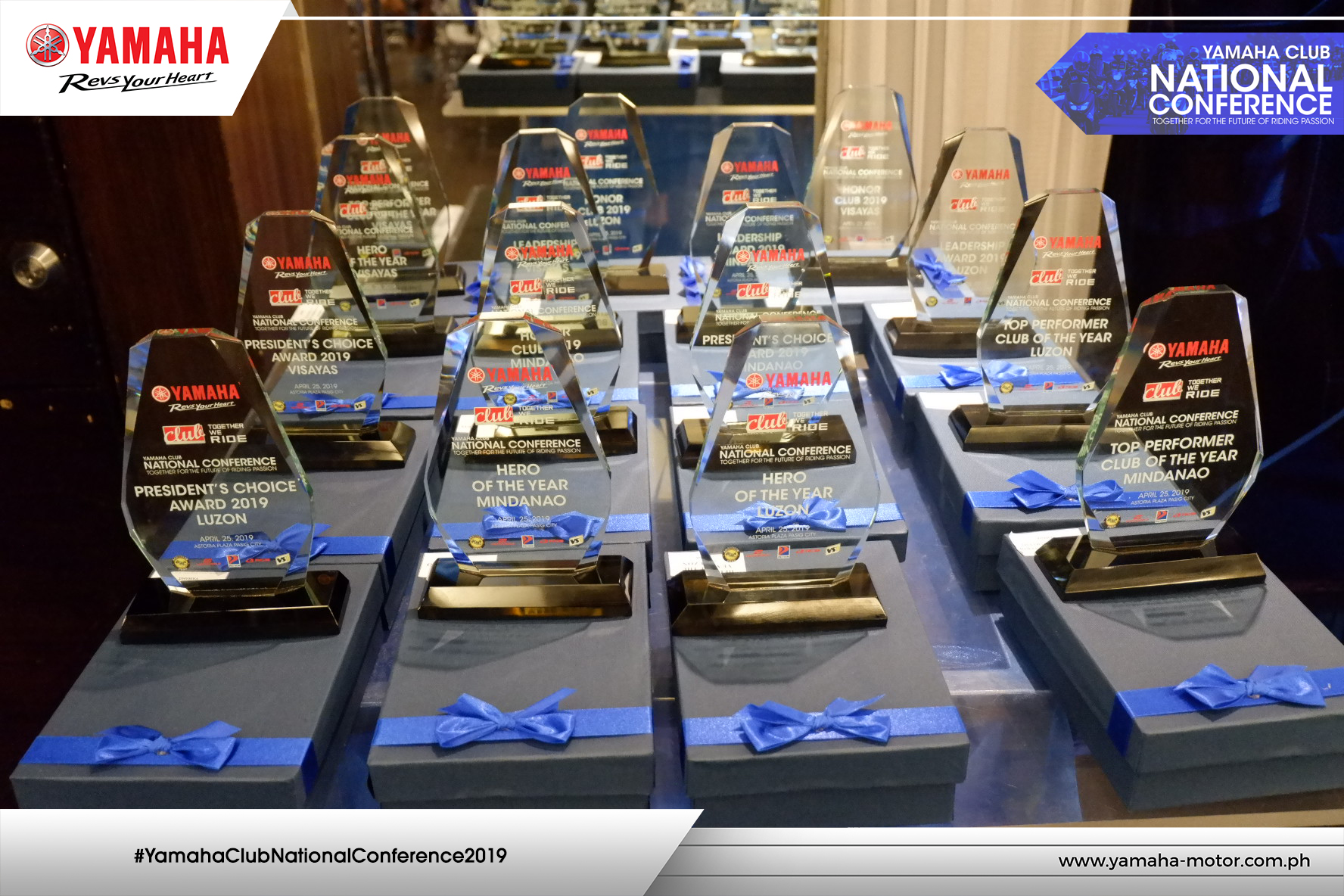 Plaque of Recognition for the awardees

Meanwhile, aside from looking forward to more adventure, Yamaha Club National Conference also look back to see who among the groups are deserving to receive an award based on their performance last year. There are six categories defining the projects and activities made by the YClub groups last year. Each category has three plaques corresponding to three islands. The awardees proved that being a rider is more than just traveling downtown to create their own exploration; the rider is the one who can reach people to help them move forward to live. 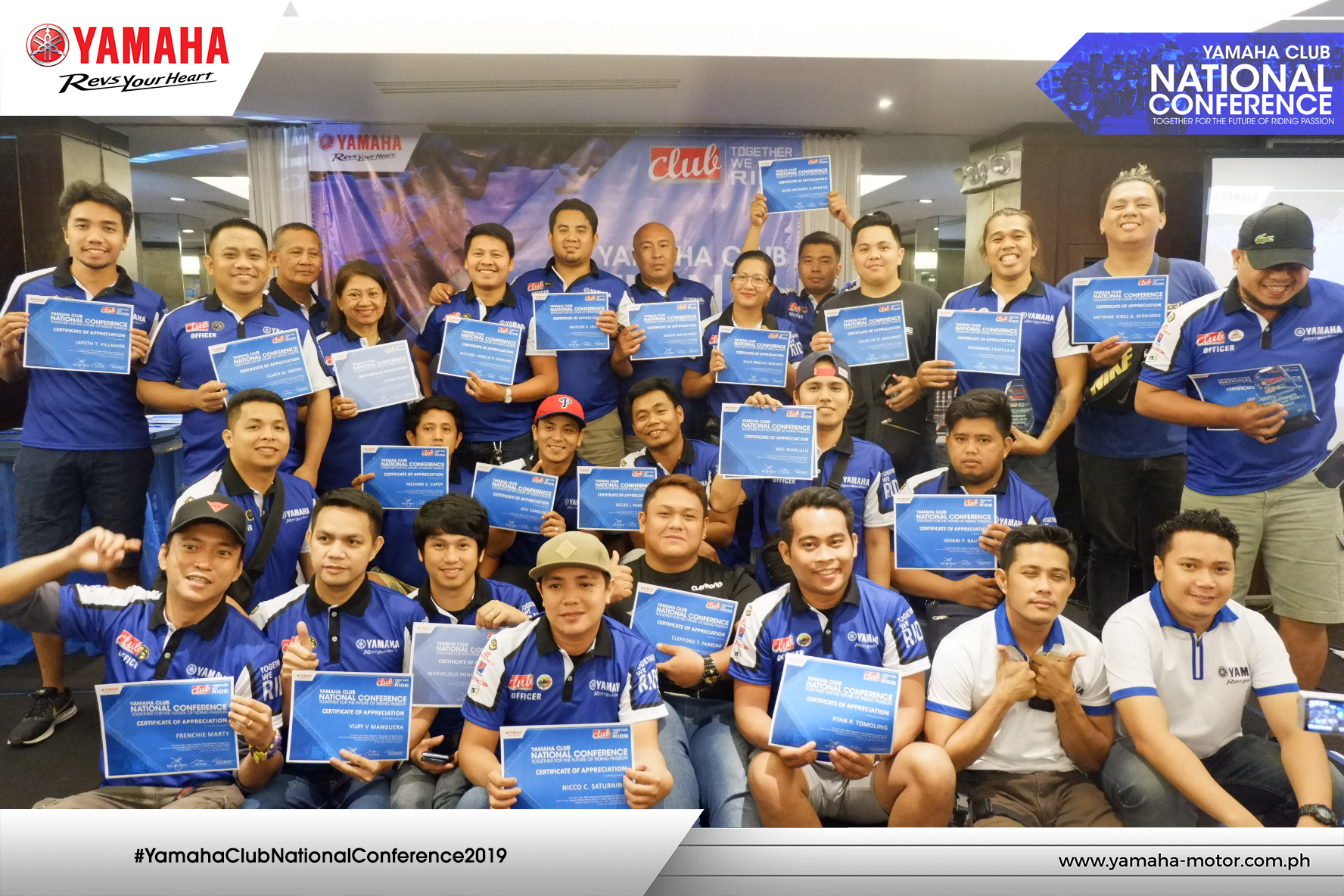 The President’s Choice Award was given to the FZ 16 Club Philippines, received by Danny Cayabyab for Luzon; Tribu Del Mio De Bohol headed by Lloyd Patalinghug for Visayas; and AMC Mindanao, received by Ferdinand Railla for the south.

Hero Club of the Year was FZ 16 Club Philippines for Luzon; Club Mio I 125 Cebu for Visayas; and Davao Sniper Guild Inc. for Mindanao.

Additionally, Leadership Award was given to FZ 16 Club Philippines for Luzon; Cebuana Club of Cebu; and AMC Mindanao for south. 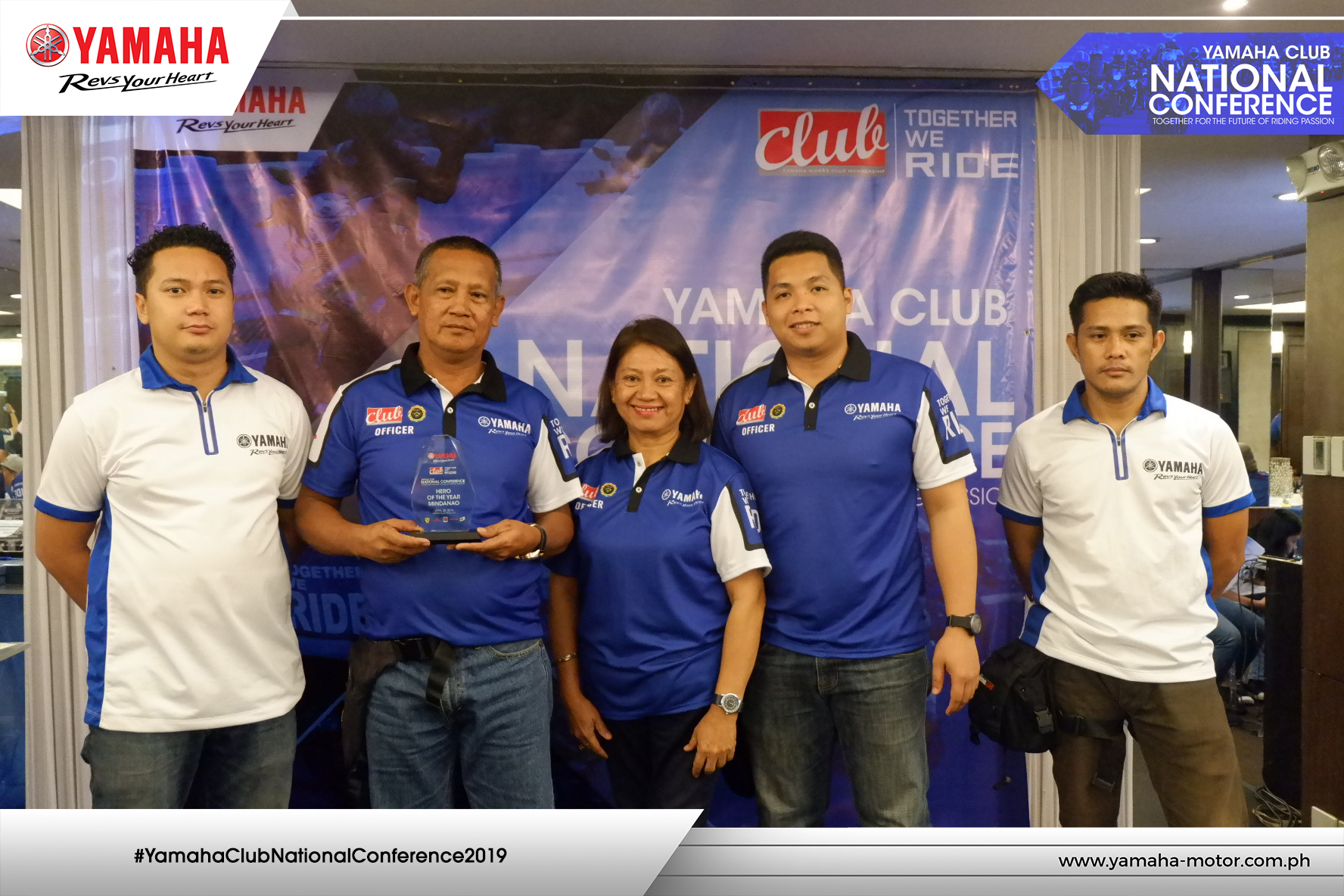 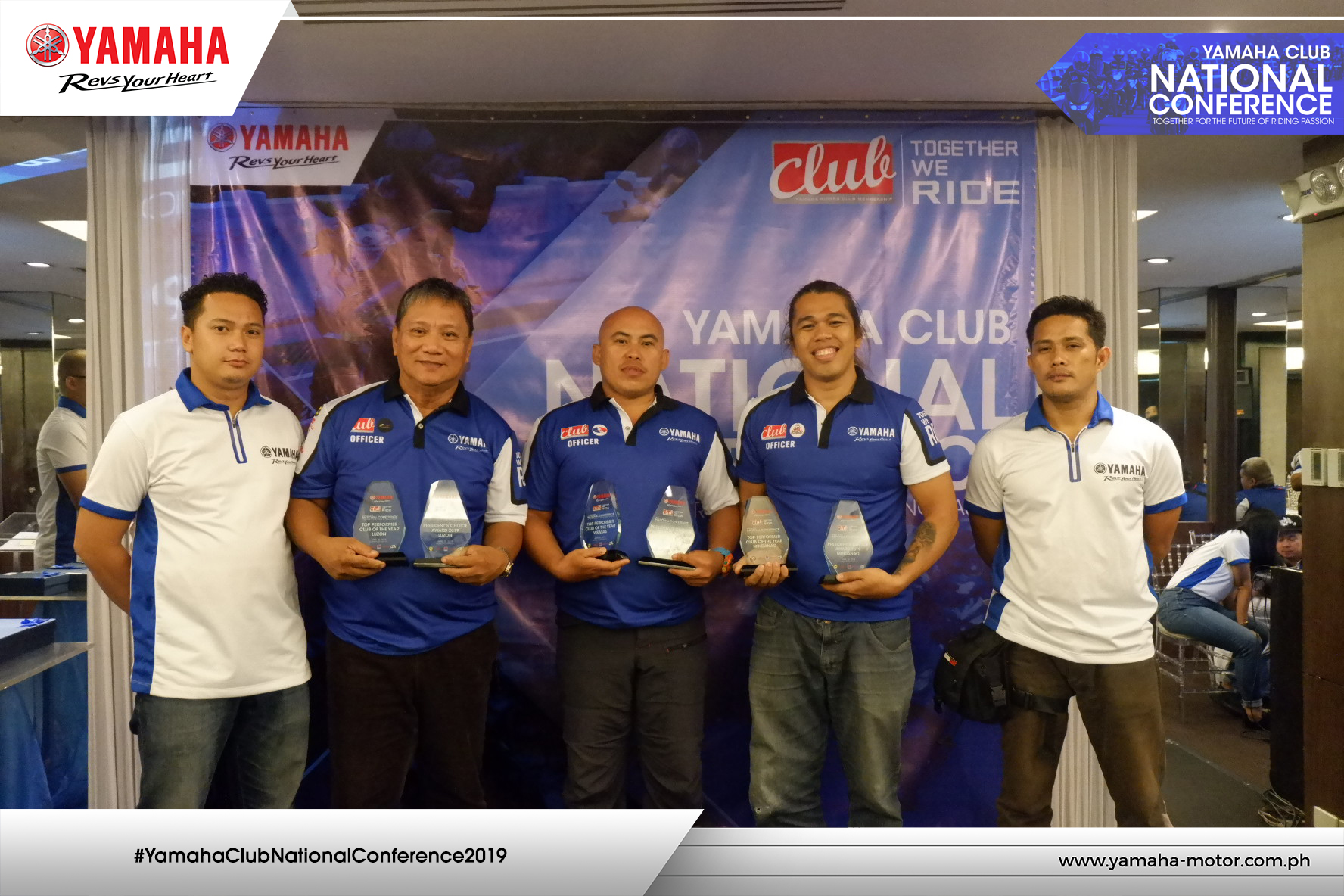 The company said that the hundred attendees are just a portion of the YClub member’s population, but they are the clear representation of how excited and passionate the rest of 75,000 members for another year of thrilling adventure with Yamaha.

The official Yamaha Club website is where you can register to be a YClub member.