To allow the participation of new players in the study, the inter-agency Technical Working Group (TWG) on motorcycle taxis is considering a six-month extension of the Motorcycle Taxi Pilot Implementation.

The creation of the TWG was initiated by the Department of Transportation (DOTr) to gather data to determine the viability of motorcycles as a safe mode of public transportation, which may be useful for consideration in the deliberation of several pending bills in both houses of Congress. 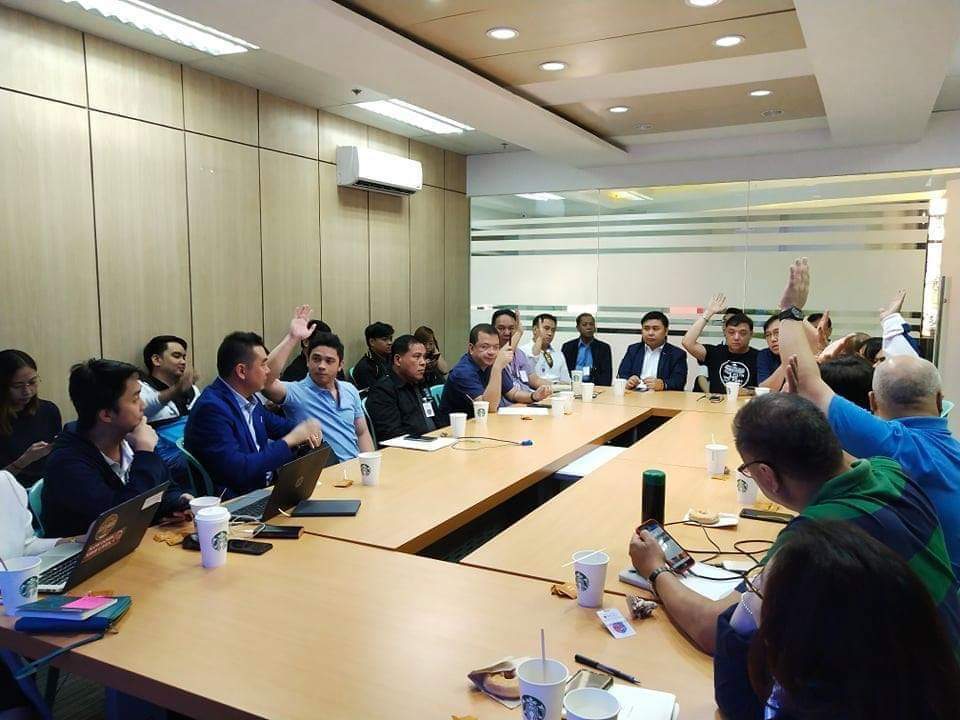 The Technical Working Group is composed of members that include representatives from the DOTr, LTFRB, Land Transportation Office (LTO), and the Inter-Agency Council for       Traffic (i-ACT).   *Photo by: Jobert Bolanos*

The team is headed by Land Transportation Franchising and Regulatory Board (LTFRB) Board Member Retired P/Maj. Gen. Antonio B. Gardiola Jr., and is composed of members that include representatives from the DOTr, LTFRB, Land Transportation Office (LTO), and the Inter-Agency Council for Traffic (i-ACT).

The pilot implementation is set to end on 26 December 2019.

TWG chairperson BM Gardiola sees the extension as an expansion of the study by allowing new motorcycle taxi providers to participate in the pilot run in the interest of giving the riding public a wider choice, and thus push the multiple providers to ensure a higher standard of service.

It can be noted that by the end of June 2019, a six-month pilot run was approved in aid of legislation for both the House of Representatives and the Senate to further evaluate pending legislative bills pushing for the legalization of the use of motorcycles as public utility vehicles (PUVs), as well as amendment of existing laws such as Republic Act No. 4136 or the Land Transportation and Traffic Code.

The extension of the pilot implementation also aims to provide the TWG more time to widen the scope of their study on appropriate standards and capacities for motorcycles to be considered safe, convenient, and eligible for franchise.

The DOTr heard proposals on 20 November 2019 from six (6) motorcycle taxi companies, namely, Citimuber, JoyRide, MoveIt, EsetGo, Sakay, and VroomGo, all aspiring to participate in the pilot run being considered.

“We want to determine their operational readiness and compliance”, BM Gardiola said.

“We also want to determine whether or not motorcycles are really a safe and viable form of public transportation. That is always our priority — the safety, security, and comfort of the riding public,” he added.

The TWG has already submitted its recommendation, and a decision on the proposed extension is due for release in the coming days.

Problem is, more.than half of the TWG members during its first convenance was suddenly excluded for no apparent reason…