Celebrating its 30th year in the industry, CFMOTO continues to strengthen its market presence as the brand was officially launched in the Philippines during the 13th IR Bike Fest and Trade Show held in Pasay City.

Distributed by Motostrada, CFMOTO Philippines offers full range of their motorcycle models, complete service, spare parts and accessories on its showroom located in Caloocan. “Even if it’s a new brand, customers can rest assured that our store will be carrying entire range of bikes and services, so we got you covered for any other concerns that you have. It’s a very good brand and has a good value for money, so we hope that a lot of people will take notice,” says Motostrada’s Marketing Manager Michael Lu.

Meanwhile, the brand also revealed their latest sportbike, the CFMOTO 400 GT which is their newest offering for a 400cc engine and now geared for more adventure touring.

Equipped with a two-cylinder inline, 4-stroke engine, the 400 GT is capable of producing 30.5 kW at 9500 rpm which delivers agile performance and power. Furthermore, the new model also features a 5-inch TFT color display which can functioned in Touring and Sport mode. With a measure of 795 mm, the bike’s seat height offers an easy reach to the ground designed for most riders to increase their ride comfort. 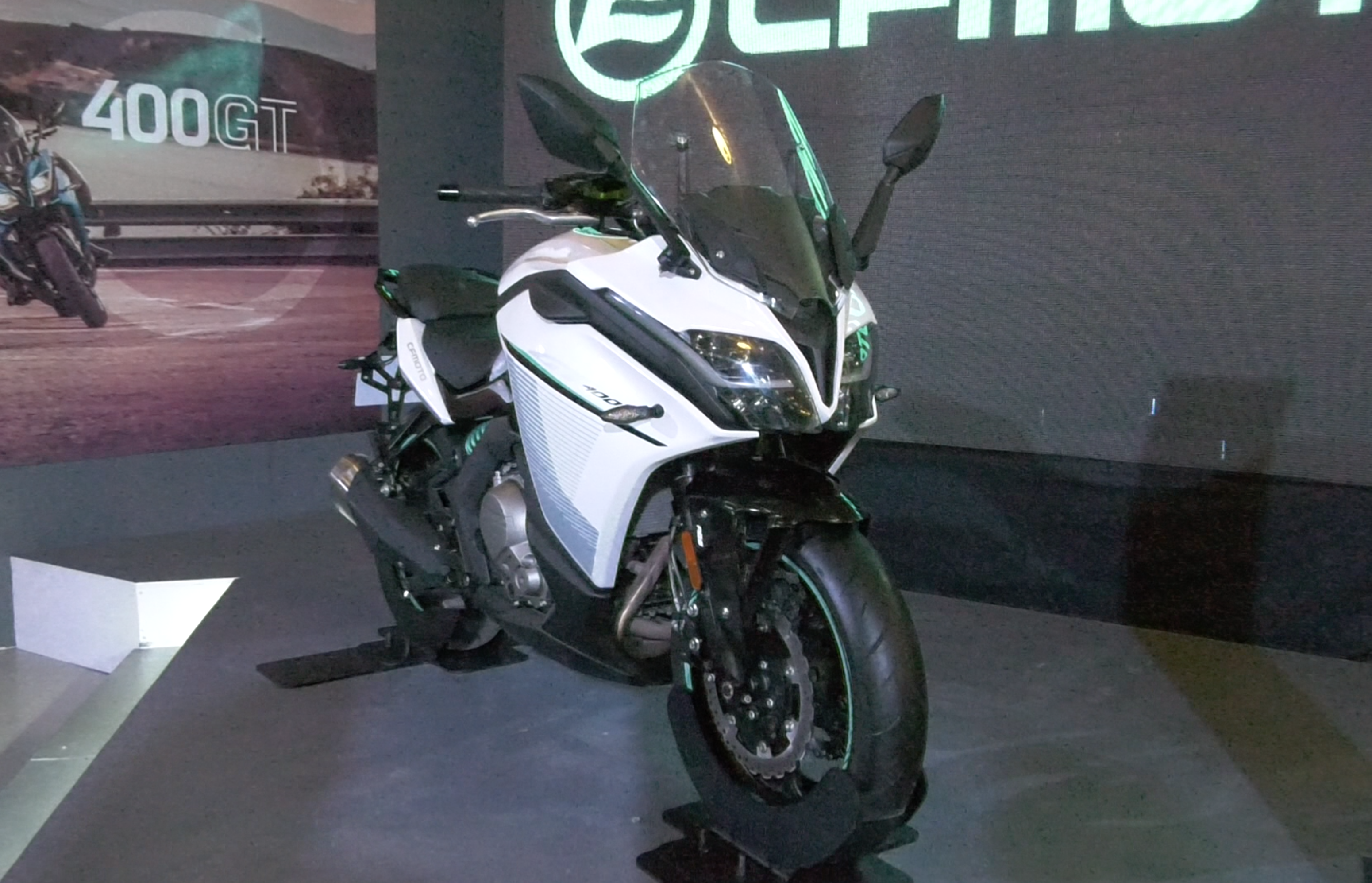 Suzuki PH gives a sneak peek of the new KATANA