The 2021 Season of the FIM CEV MOTO2 European Championships is about to reach its climax. After making history as the first Filipino to be part of the competition, Kyle Paz looks to finish strong after a milestone campaign. Currently sitting at 16th on the overall rankings, Paz remained dedicated to his training during the break in between races. With his last race being in August, he returned to the Philippines and continued to practice until was time to fly back to Spain.

After arriving in Valencia for the last round in Circuit Ricardo Tormo. Kyle will head straight into action for testing sessions and then qualifications. For the finale, their will only one race instead of the usual 2 races. He will have 19 laps to get the best finish he can to move up in the standings.

His season may be reaching its end, but the future of Filipino Racing has just begun. You can watch the final round of the FIM CEV MOTO2 European Championships on Sunday (November 21) at 8:00 PM PHT 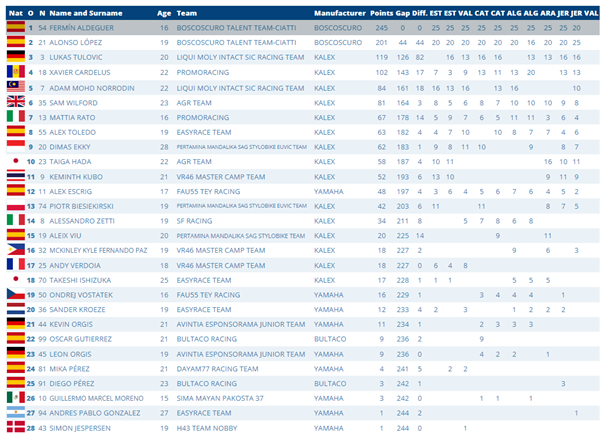