The traffic problem in the Philippines has become so huge that one agency cannot hope to solve it alone. The solution can only come from the collective effort of several groups—from both the government and the private sector—who work together to come up with a workable, feasible traffic plan.

In a study done by the Japanese International Cooperation Agency (JICA), the agency projects that the Philippines will lose P5.4 billion every day by 2035 if the traffic congestion problem is not properly addressed.

Meanwhile, during the recent Roads and Traffic Expo—the first-ever conference that provides a platform for public and private stakeholders, Angkas Chief Transport Advocate George Royeca discussed about the importance of collaboration between the public and private sector in providing better transport options.

Angkas, an app-based motorcycle ride-hailing service in the country, participated in the said expo to discuss sustainable solutions that address the malignant traffic congestion problem in the Philippines.

The Angkas Chief joined a discussion panel in the event with Ariel Lim, Former Presidential Assistant on Public Transport Affairs; Atty. Ariel Inton, Head of Quezon City Task Force for Transport and Traffic Management, Former Director of LTFRB, and moderator Amor Maclang, director of Transport Watch wherein they have discussed best practices on public-private partnerships in addressing the lack of mobility in the country’s cities as well as affordable, inclusive, and efficient transport options.

For his part, former Presidential Assistant on Public Transport Affairs Ariel Lim pointed out that education, road safety training and change in the country’s licensing system must be given emphasis by the government to address road and transport issues. 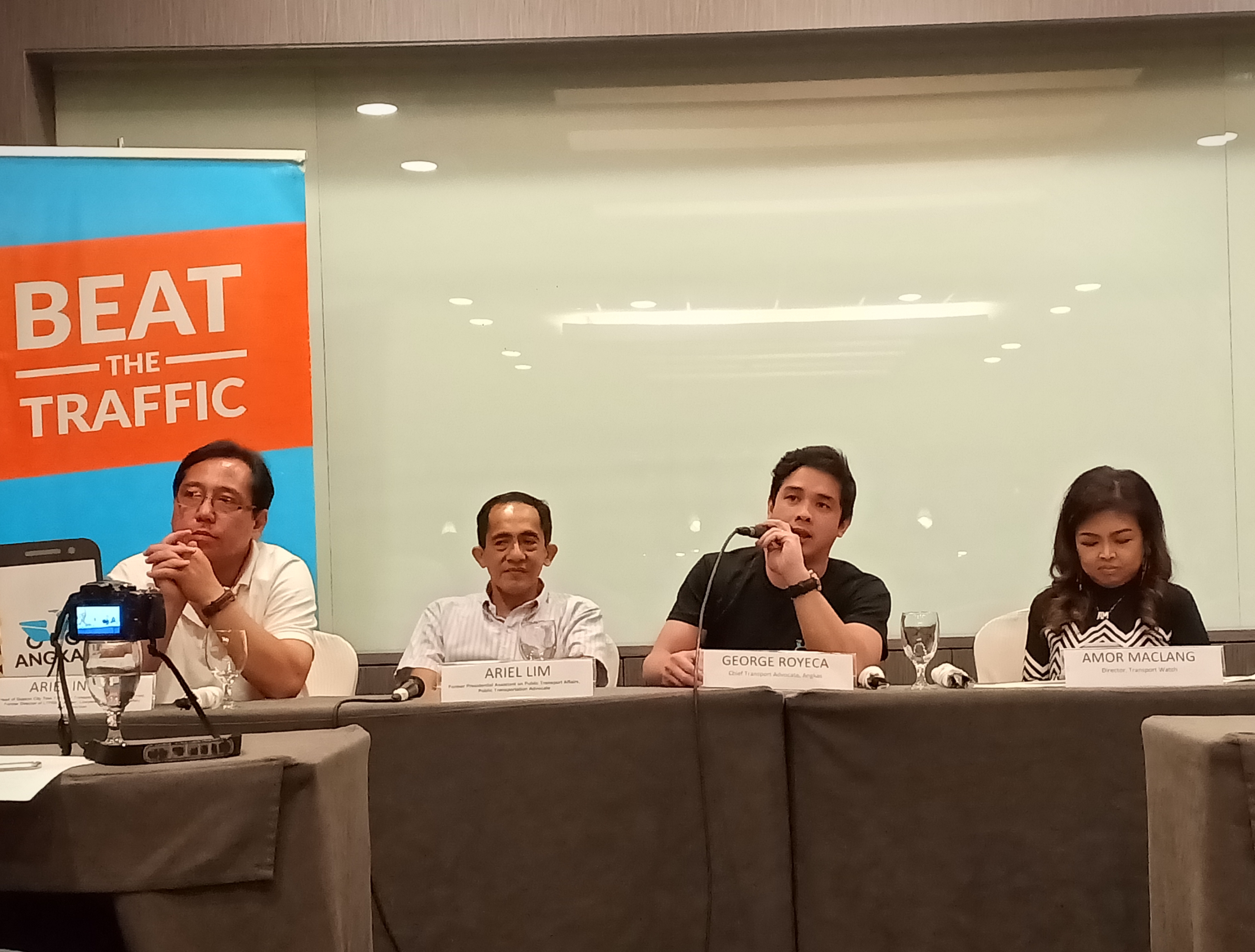 “Angkas is not the be-all, end-all solution to traffic—no single agency or company can do that. But because of our current partnership with DoTr, we’ve shown that we can at least ease the traffic by providing an inclusive transport option,” Royeca said. He also shared that they are dedicated to providing a safe, reliable, and affordable transport option for everyone, and they will do whatever it takes to continue doing so.

The ride-hailing company which is currently on a government-sanctioned pilot run, has become a case study for the successful partnership between a private enterprise and government agencies. In June 2019, Angkas was granted by the Department of Transportation a six-month trial run that legally allowed the service to operate in Metro Manila and Metro Cebu.

All 27,000 biker-partners were swiftly trained on new safety protocol to comply with the mandated requirements of the DoTr Technical Working Group (TWG). Thus far, it has maintained its 99.997% safety record despite initial speculation from government bodies on its safety.

“This is why we will continue to work with all stakeholders involved—because we believe the problem can only be resolved if public and private stakeholders work together to come up with a comprehensive solution,” Royeca stressed.

“Financial losses incurred from delays caused by traffic affect both individuals and institutions. Before people even get to work, they are already exhausted from their commute,” Royeca shared. “Filipinos deserve better. Our hard work and perseverance, despite all odds, are admirable, but we need to address the problem and give Filipinos a better quality of life,” he added.

On the other hand, Angeline Tham, the CEO and Founder of Angkas joined the second day of the event to talk about the role of safe and inclusive mobility options in building more sustainable cities.

The two-day Roads and Traffic Expo was held at SMX Convention Center. The trade show saw discussions on holistic solutions from public and private partners that addressed not only traffic management but the entire ecosystem that led to the mismanaged state of the transport sector today.